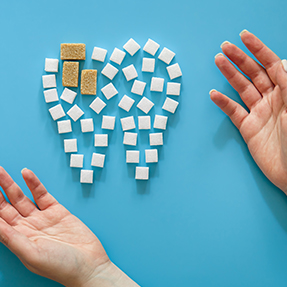 According to a new study, people with type 2 diabetes following an intermittent fasting diet plan may achieve diabetes remission, defined as an HbA1c level of 6.5% or less for at least one year. This news was published in the Journal of Clinical Endocrinology & Metabolism.

This is an important finding since 537 million people worldwide have type 2 diabetes.

What is intermittent fasting?

In recent years, intermittent fasting diets have become a popular and effective weight loss method for many who have struggled with sustained, long-term weight loss.

An overall intermittent fasting diet involves eating during a specific window of time each day that cycles between periods of fasting and eating. The food choices are not always specified since the goal of intermittent fasting is based more on reducing the number of times each day a person eats. Common eating patterns of this dietary pattern often involve fasting lasting for 16 hours with 8 hours devoted to eating. For example, a person may fast for 16 hours from 6 pm to 10 am and then allow eating for 8 hours of the day between 10 am to 6 pm.

The principle of fasting is not a new concept. Throughout human evolution, fasting was common. For instance, in the days of hunger gatherers, when supermarkets and refrigerators were nonexistent, people had to subsist on what food they could find and, sometimes, had to go without food for extended periods.

Fasting is often practiced for religious reasons, such as in Islam, Judaism, and Buddhism.

Recent decades have seen a sharp increase in adults and children diagnosed with type 2 diabetes. Unlike type 1 diabetes, a disease often diagnosed in children and in which the pancreas produces little to no insulin, type 2 diabetes is when the body loses its insulin sensitivity.  The body’s muscle and fat cells no longer respond to insulin by increasing their uptake of the sugar glucose from the blood. Instead, as blood glucose increases, the pancreas compensates by producing larger and larger amounts of insulin. As a result, blood insulin may rise abnormally high but to no avail. Eventually, the overtaxed cells of the pancreas begin to fail and reduce their insulin output while blood glucose spins further out of control.

The challenge for people with type 2 diabetes has been managing their blood glucose levels within a normal range with healthy lifestyle habits. However, adhering to these important healthy lifestyle habits can be difficult for many. Yet, diabetes management is critical to preventing damage to several bodily organs, such as the heart, kidneys, and eyes that lead to serious and life-threatening health complications. In addition, medications prescribed to treat type 2 diabetes are plentiful, but costly, and often a barrier for people trying to effectively manage their diabetes.

The prevailing thought towards type 2 diabetes is that once given this diagnosis, it is a lifelong sentence that cannot be reversed. However, that notion has been challenged recently, with many scientists and doctors stating that type 2 diabetes is not a permanent, lifelong disease. The new prevailing thought is that this disease can be reversed and put into remission with consistent healthy eating patterns, regular exercise, and weight loss.

This new study sought to discover if diabetes remission could be achieved in people diagnosed with type 2 diabetes. The researchers did a 3-month intermittent fasting diet that included 36 participants with the disease. The results showed that 90%, which included participants who took diabetes medications and insulin, were able to reduce their intake of these medications after following an intermittent fasting diet. Out of these participants, fifty-five percent experienced diabetes remission and could stop taking their medications for diabetes and maintain a lower HbA1c for at least one year.

Before anyone with type 2 diabetes begins an intermittent fasting diet, they need to get approval from their doctor and, if approved, see a registered dietitian for guidance on following the diet. This is critical for anyone who has frequent low blood sugar or hypoglycemia or is on insulin. Individuals prone to abnormally low blood sugar – defined as 70 mg/dl or less – are at a higher risk for becoming unconscious, increasing their risk for dangerous falls, car wrecks (if hypoglycemia happens while driving), or difficulty waking up during the night.