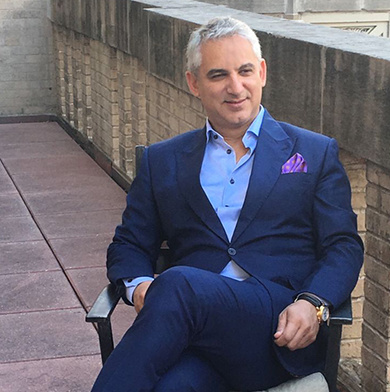 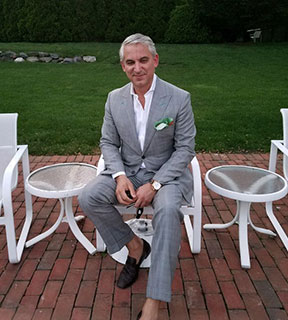 Samadi has a very interesting life story, being born and raised in the Persian Jewish community of Iran. At the age of 15, along with his brother (12 at that time), he was forced to leave the Iranian community to Belgium, after the Revolution in 1979. Separated by his family, a lot of changes have influenced his life. Without his entire family, Samadi and his brother Dan were forced to start a new life on their own, without their parents and their little sister Heidi. Despite the fact that they were both young and alone, both Samadi and Dan proved that they were strong and ambitious and they followed their dream of making their parents proud of them.

David Samadi continued to study for accomplishing his biggest desire, that of becoming a doctor. Once the two brothers arrived in America, their life started to be better and happier in their new surroundings. The first 6 years were very productive for David Samadi and by 1990 he completed his first years at Stony Brook School of Medicine with honors.

Dr. David Samadi’s biography is rich, diverse and with a very complex story which has influenced his childhood and his future development. David Samadi was born in 1964 and was raised as a Hebrew, living in the Persian Jewish community of Iran. Persian Jews have a collective history in their country going back almost three millennia, living many of those centuries in peace and many others under murderous persecution.
The secular Pahlavi Dynasty rose to leadership in 1925, the first being leader being Reza Khan Pahlavi, followed by his son Mohammad, in 1941. The Jewish community had once again found peace.

But with the advent of the Iranian revolution in 1979, along with the rise to power of the Ayatollah Khomeini, Jews found themselves the target of hatred once again.
Dr. Samadi is American by nationality and belongs to the ethnicity of Iranian-Jewish descent.

The interesting life adventure of David Samadi starts at the age of 15, in 1979, after the Iranian Revolution, when he had to move to Belgium with his younger brother Dan. Six months after, they had to move to Northern London, until they finally immigrated to America, in 1984.
Unfortunately, David Samadi’s family was forced to be separated because of all the changes that have come along with the Iranian Revolution. His father was a business man, and along with his mother, they were not allowed to leave. The only child that has remained with them was their little sister, Heidi, who was only 5 years old.

The living, the expenses and the schooling where all paid by his parents in advance. Samadi and his brother were able to study at a private school which was close to the boarding house run by a middle-aged couple. For gaining high school education, they shifted their place to United States. Samadi recalled how he and his brother eventually learned to cope with this new lonely life that had been thrust upon by them. As the months began to pass, although missing their parents and being forced to get used to living on their own, both Samadi and his brother tried to honor their parents, with whom they were able to talk occasionally.

Samadi had only one dream, and that was to succeed. They both worked very hard at school and were both excellent in science. That was the moment when Samadi became to dream about having a career as a doctor, a dream which helped him combat the loneliness that he used to feel.

The loneliness also continued even when they moved to America, but David and Dan started to feel better and happier in their new surroundings. The first 6 years spent in New York seemed to be very productive for both brothers. By 1990 Samadi had completed his first year at Stony Brook School of Medicine with honors.
Samadi majored in biochemistry. Later, he became enrolled at ‘S.U.N.Y. Stony Brook School of Medicine’ earning an M.D. in 1994. Two years later, he completed his postgraduate training at ‘Monteflore Medical Center’. In 2001, he completed an oncology fellowship at ‘Memorial Sloan Kettering Cancer Center’ majoring in proctology.

Dr. David Samadi married the beautiful Iranian Sahar Danielpour. They’ve been blessed with two happy and healthy kids, a boy and a girl. What also runs through the entire Samadi family is love, loyalty, and devotion to the United States of America.
As of now, Dr. Samadi is happily spending time with his lovely wife residing in Old Westbury, New York.