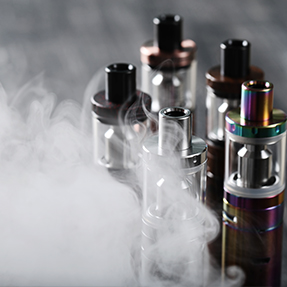 The impact of smoking and vaping on urological cancers

Both cigarettes and vaping are legal products to use, but both also come with various health ramifications, particularly regarding cancer. The lungs and the development of lung cancer are obvious cancers affected, especially cigarette smoking.

In addition, cigarettes and vaping are considered major risk factors for kidney and bladder cancers.

Cigarette smoking dates back to the 9th century when the Maya and, later, the Aztecs smoked tobacco in religious rituals. Even pottery found from that century and temple engravings frequently depicted priests and deities smoking. Vaping, also known as e-cigarettes, is not nearly as old as smoking since it was invented recently in 2003 by a Chinese pharmacist.

Your kidneys and bladder are vulnerable to various toxins that invade their space. For instance, cigarette smoke contains about 7,000 chemicals, with over 70 of them known to cause cancer. The act of smoking requires a person to draw the smoke into their lungs, allowing these chemicals to enter the bloodstream, where they eventually end up being filtered by the kidneys. These harmful chemicals infiltrate the kidneys, raising the risk of kidney cancer.

Every 24 hours, your kidneys filter around 200 quarts of fluid, some of which goes back into the bloodstream.  However, around 2 quarts of this fluid will form into the urine, stored in the bladder until ready to be expelled from the body. Unfortunately, the harmful chemicals from cigarette smoke will be present in the urine, exposing the bladder lining and increasing the risk of cancer in the bladder. People who smoke cigarettes have three times the risk of developing bladder cancer in their lifetime, which is responsible for about half of all cases.

Cigarette smoking is also associated with increasing the risk of other noncancer urological issues:

Since vaping has a much shorter usage than cigarettes, there are few long-term studies available to assess the association between users and their likelihood of developing cancer. However, there have been concerns raised by some medical professionals suggesting that vaping may increase bladder cancer risk. For instance, a 2018 animal study found that cancer-causing chemicals are present in e-cigarette use, possibly increasing the overall risk for bladder cancer. In addition, aerosol from E-cigarettes does contain nicotine (at lower rates than smoking cigarettes) along with other substances that are addictive, and that may lead to heart disease, lung disease, and cancer.

Yet, at this time, there is not enough research that can verify these concerns. Until there is more definitive evidence regarding the safety of vaping, it’s best to refrain from these products. In addition, the FDA has not approved e-cigarettes as a way to quit smoking. Therefore, switching from smoking cigarettes to e-cigarettes will still expose a person to potentially serious health risks.

Ideally, it’s best to use an FDA-approved medication to help quit smoking and stop using all tobacco products that contain nicotine.

For more information on how to quit smoking, visit the American Lung Association’s “I Want To Quit Smoking” on how to become smoke-free for the rest of your life.