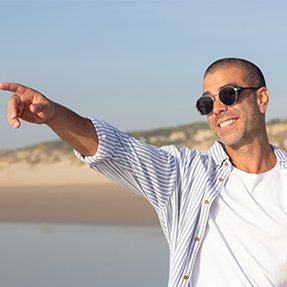 Trying to fall asleep on a sweltering summer night is miserable.  Even worse is if you’re a middle-aged man with heart disease – that balmy warm air may increase the risk for a heart attack or stroke. And it only takes a small rise in nighttime summer temperatures placing you in danger.

Cardiovascular disease is the leading cause of death in U.S. men often due to risk factors such as family history, smoking, poor diet, uncontrolled hypertension, obesity, and diabetes. But a new study says that one more possible risk factor can be added to this list – warm summer nights.

The study’s goal was to obtain information on how warm spells of extreme or sustained elevation in average summer surface air temperatures (SAT) might lead to surges in deaths and hospitalizations in regards to cardiovascular disease. There is an association between high summer SAT with heart-related adult mortality in various high-income areas.

Increased risk of hospitalizations and extreme or prolonged heat waves often go hand-in-hand, especially for patients admitted for heart attacks and strokes. The study for this research covered 15 years of data of almost 40,000 heart-related deaths occurring in the summer among men and women living in more moderate temperature zones of England and Wales. This data was also compared with 488 heart-related deaths in Seattle during the summer. Seattle, England, and Wales are on parallel latitudes and have comparable climates where residential air-conditioning is less common in both areas.

Findings showed that men aged 60 to 64 years old, living in the United Kingdom, had a 3.1 percent higher risk of heart-related death for each 1 degree Celsius (1.8 degrees Fahrenheit) rise above normal temperatures on a summer night. The study was able to replicate a comparable finding for men 65 and older living in Seattle. The results at this locations showed that for each 1 degree Celsius spike in temperature on a hot summer night, they had a 4.8 percent higher risk of a heart-related death.

The study pointed out that men sleeping without air-conditioning and keep their bedroom windows open during the night, would be exposing themselves to more intense outside nocturnal heat, atmospheric pollution, and road and aircraft noise, which increases the risk in adult men for hypertension. Night-time noise-related stress and warmer summer SAT also disrupts sleep, especially among vulnerable populations with lower socioeconomic status. Sleep deprivation can also increase central sympathetic outflow, which can increase blood pressure and induce insulin resistance. Dry air can exacerbate snoring, common in middle-aged men, as is obstructive sleep apnea, which can trigger nocturnal cardiovascular disease.

Considering the continued future threat of extreme summer heat waves in the U.S. and U.K., the takeaway is that similar studies should be conducted to compare results. If new research has similar results, the conversation should then place emphasis on looking into preventive population health initiatives and novel urban policies helping reduce future risk of heart attacks and strokes in middle-aged men.

Dr. David Samadi is the Director of Men’s Health and Urologic Oncology at St. Francis Hospital in Long Island. He’s a renowned and highly successful board certified Urologic Oncologist Expert and Robotic Surgeon in New York City, regarded as one of the leading prostate surgeons in the U.S., with a vast expertise in prostate cancer treatment and Robotic-Assisted Laparoscopic Prostatectomy.  Dr. Samadi is a medical contributor to NewsMax TV and is also the author of The Ultimate MANual, Dr. Samadi’s Guide to Men’s Health and Wellness, available online both on Amazon and Barnes & Noble. Visit Dr. Samadi’s websites at robotic oncolo gy and prostate cancer 911.