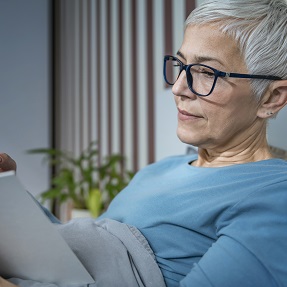 Older women who are unhappy with an unsatisfactory sex life might put the blame on insufficient shut-eye.  This news is according to a recent study published in Menopause: The Journal of the North American Menopause Society finding women lacking sleep are twice as likely to also have a lack of sexual interest compared to women who had good quality sleep. This study was part of a larger study that has followed almost 9,000 women for 12 years called DREAMS, or Data Registry on Experiences of Aging, Menopause, and Sexuality

What the study found

Researchers with the study asked more than 3,400 women (average age was 53), various questions such as their ability to fall and stay asleep if they used any sleep medication or had daytime drowsiness.  Poor sleep was measured by the Pittsburgh Sleep Quality Index. The women were also asked to rate their level of distress regarding their sex life. All of the participants of this study had visited Mayo health clinics in Rochester, Minnesota, and Scottsdale, Arizona.

Since there can be many factors disrupting sleep for women – age, body mass index, depression, anxiety, relationship distress, use of contraception, medications – those factors were not included in order to label poor sleep as the possible cause, when reviewing the questionnaires.

Part of the study’s objective was to learn more about sexual dysfunction in women and why good sleep is linked to more satisfactory sex life. Women, who get a good night’s sleep regularly, are more likely to have good sex. Just the fact that orgasms can be very relaxing reducing stress and anxiety, helps promote sleepiness. It’s known that in women, estrogen levels increase after orgasm which enhances REM cycles enhancing better sleep.

What can be learned from this study?

Basically, sleep affects sex and sex affects sleep which is why it’s important to pay attention to both. For women, this is especially true. Women are disproportionately affected by both sleep problems and low sexual desire. They are simply too tired for a romp in the hay.

A major part of the solution is for women to get a good night’s sleep. A 2015 study of younger women found that women who get plenty of sleep, had more interest in sex the following day. Just an extra hour of sleep resulted in a 14 percent increase in interest in a sexual encounter the following day. It was also found that extra sleep helped women to experience improved genital arousal.

Women who’ve gone through menopause often have both sleep and sex problems. A study in the Journal of Women’s Health found that among menopausal women, there was a direct link between women with sleep problems who also had sexual dysfunction.

Since sleep is such a vital part of everyone’s life, including good sexual desire, what can women do to improve the situation of poor sleep and low sexual desire?

There are many things women can do to improve their current poor sleep situation.  While many of the following are already well-known, it’s important to be reminded to make sure women are practicing these suggestions: