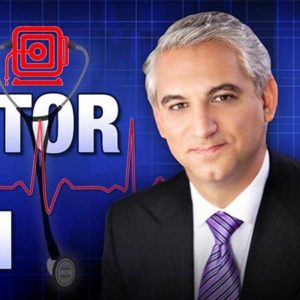 We welcome back to this segment Dr. David Samadi chairman of urology and chief of robotic surgery at Lenox Hill Hospital.

We have we have a lot of topics to get to so so let’s start first with all the story on these I guess antibiotic-resistant superbugs. They’ve been around for a while and every so often it you know the story comes to the top of the pile so to speak but it seems as though they’re they’re really becoming a bigger and bigger concern in the medical community.

This is a kind of discussion, in fact, this week in the urology discussion that we had at the hospital this is becoming more and more serious because we’re seeing bugs such as E coli Salmonella.

Meanwhile Steve another huge issue that we have is that the companies over the last decade have not gone out there and to really come up with new antibiotics. As you know it takes about 1 billion dollar to come up with a new antibiotics and years of investment so most companies don’t think this is really worthwhile so we’re falling behind in this war against these bugs.

All we could do as as patients or civilians if you will is you know when we’re in a hospital setting certainly wash our hands and use the germ repellent and sanitizer. But there’s really nothing else you know that that we could do like what god forbid if we get e.coli and we go to a hospital they give us an INT give us a drug and doesn’t work I mean we’re powerless right?

Unfortunately we see these infections in the ventilators in the hospital we see this the blood born in the blood system and also we see the urinary tract infections and patients that have you know chronic catheter use so you’re right if your doctor comes in and they start shaking your hand it’s not awkward to say doc do you mind like washing your hands!

Both healthcare providers and patients they need to be aware of this and we also need to cut down on all these antibiotics you get a little cold you go to the doctor they give you the z-pak. Ask them do I really need this are we treating bacterias or is it a viral? 50% of the antibiotics that we’re using in this country’s overused and you don’t need it so that’s what we need to be careful.

It’s also prostate Awareness Month, men are getting mixed messages as you and I have talked about from the government I don’t think it’s a coincidence with the Affordable Care Act don’t get a PSA, don’t get a digital exam which is where the doctor actually feels the prostate, wait till you’re  50 or 60 or don’t ever get it but obviously you and I think are on the same page, get it!

Absolutely you know in in this week’s sunday house call on Fox News we talked about the fact that for mammograms instead of 50 year old issue go to 40 because now they’re finding out all the recommendations from a few years ago for not to go for mammogram was a big mistake and they’re finding out young women with breast cancer which are really aggressive. I can tell you the same exact thing is going on with prostate cancer, PSA should be checked at the age of 40 as a baseline then we see a lot of younger men that are coming with aggressive tumors and disease people need to go out there and get tested!

So I wore the caution to a lot of people is that so many hats about these cyber knives almost every two minutes isn’t having the radio about these new cyber knifes we don’t have a long data and long study long term study with this. So you have to be really careful but get the PSA tested find out what kind of prostate cancer you have and always get a second opinion, to make sure you’re getting the best care.