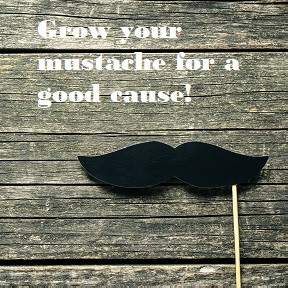 The significance of the Movember movement

Movember or No shave month recognized annually during November, promotes awareness of health challenges men face yet are rarely talked about.

Part of spreading the word of “changing the face” of men’s health, it is encouraging men to grow a mustache during November and raise funds for supporting men’s health.

It is well-known that there is a gender-based disparity in health, men being less likely to ask for medical advice. Various sources have confirmed that men are usually in worse health than women. A study led by the Institute for Health Metrics and Evaluation in 2010 revealed that throughout 1970 and 2010, women had a longer life expectancy than men. Aiming at raising awareness in men regarding their health, the Movember Movement is having one goal, to stop men dying too young.

“Be on the lookout for more men with facial hair reminding everyone to speak up about men’s health,” exclaimed Dr. David Samadi, Director of Men’s Health at St. Francis Hospital in Roslyn, New York. “This movement shines a spotlight on the health crisis among men. For example, men die on average 6 years earlier than women and for reasons that are often preventable. The Movember movement aims to reduce the number of men dying prematurely by 25% by 2030. I wholeheartedly support their efforts as a strong advocate for men’s health.”

Dr. Samadi went on to explain how the Movember movement focuses on three specific health issues of men: Prostate cancer, Testicular Cancer, along with Mental Health and Suicide Prevention.

“As a urologist, I see countless men needing information on each of those areas,” said Dr. Samadi. “Prostate cancer is one of my passions. I’ve made it my life mission educating men on how to prevent this second leading cause of cancer death among men.

One way is to have routine prostate-specific antigen (PSA) testing done starting at age 40.  The earlier it’s found, the more treatable it will be.” Check the Comprehensive Prostate Cancer Guide for in-depth information about prostate cancer prevention.

Dr. Samadi also stated that “Young men between the ages of 15-34, are more likely to be diagnosed with testicular cancer. The survival rate is high at 95%, yet 1 in 20 men with the disease will die from it. That’s why performing routine testicular checks looking for abnormalities can save a young man’s life if they find anything unusual.”

“When it comes to suicide and mental health, the statistics tell a heartbreaking story,” explained Dr. Samadi. “Three out of four suicides are men. There’s much work to be done helping men move beyond feelings of depression or who are overwhelmed with life situations. Early intervention is critical. Talking with, listening to, and checking in on men we love and know is a great start. I always advise any man struggling mentally and emotionally, to talk to a mental health professional for advice and support.”

Dr. David Samadi reminds all of us that, “Today’s the day to stop men dying too young.”

That’s why Movember 2019 is all about taking action. A couple of ways you can make a difference in men’s health is by hosting a mo-ment or making a donation to impact men’s health locally and globally. When men have the facts this can facilitate behavior change for better health and longer lives.