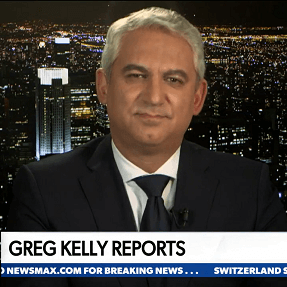 Coronavirus testing in US – What has Trump admin done?

Dr. David Samadi explains why can be said that Trump admin has done tremendous work on Coronavirus, compared to what has been done regarding the previous epidemics.

Newsmax TV – Dr. David Samadi, Director of Men’s Health at St. Francis Hospital, a frequent guest here on NewsMax and a long time friend of mine. Sir, thank you for being here. How are you?

Dr. David Samadi – Good to see you, Greg. Thank you!

Coronavirus statistics in the US

Newsmax TV – Very good! First of all, how worried are you about the situation right now?

Dr. David Samadi – Well, I think it is definitely a serious concern but not to the point of panic. I saw your interviews just a moment ago and these random articles that talk about the fact that this is going to grow, it’s gonna kill us, the hospitals are gonna collapse. This is absolutely not going to be the case because we are thoughtful, we have a lot of great scientists and doctors and our healthcare system is still equipped with some of the best facilities. We are also learning from the mistakes that others have made in China, in South Korea, in Iran and we are wiser.

I think that a lot of credit should go to President Trump and the US Task Force for doing things that we probably did not do during the time of Ebola. If you recall when I was on Fox News at that time I was yelling and screaming that we need to have a travel ban on Ebola because that was a really scary disease, it was really killing.

If you look at the statistics, Greg, before we start panicking and going crazy, in 2009 we had epidemics of Swine Flu. We had 60 million Americans that got affected by this disease and about 12.000 people died. Today, as we speak, about 30 million Americans are going to get influenza and about 18.000 are going to die from this. Just today 50 died from influenza, on the average. So, what are we talking about? We are talking about a serious disease called Coronavirus, there could be some mutations about this. Of course, it is a new player, that is one of the reasons why Dr. Fauci is very careful about talking about the worst scenario and the best scenario and where we are gonna fall for this.

Even though every life matters, we have about 72 deaths so far and about 3-4 thousand people who are affected by this.

Coronavirus testing – How important is it?

Newsmax TV – Right! My concern, in fact, the concern that I have picked up from the officials is that soon, with just a slight increase in the mortality rate over typical influenza, our healthcare system could be overwhelmed. And I am with you about that guy whom I asked: “Who are you to be saying this stuff?” Nevertheless, his comments went viral, as you know, 35 million and I think it raided an audience. At least he acknowledged that at least we are not at a point with no return. I do wanna ask about this, cause I’ve been skeptical about it from the get-go. How much has been emphasized about testing? Not having enough tests has been seen somehow as a huge failure of Trump administration. Could you explain to us that not having a test even if you have the Coronavirus, from what I’ve been able to gather, is not necessarily a bad thing? In fact, you take a big risk and you inflict great risk on others when you go outside when you go to a hospital looking for a test because the results do not even matter. There is no treatment for it. So, the whole thing has been kind of a distraction. Am I wrong?

Dr. David Samadi – I think you are picking up on this and you really sound as a physician and I respect that. Look, the test is going to be very important if it’s really positive. So a negative test may or may not really help you. So, who are the people that should be tested? These are the people who are symptomatic, they have a fever, they have a cough, they have a running nose and they may be slowly getting short of breath. We want to know about what the test is because if it’s positive we can put them in isolation, separate them. In that sense when it is positive it helps us. But you are absolutely right, if it’s negative it may or may not help us at all. So, the big message to all people, as you mentioned, is that if are starting to have symptoms, make sure to quarantine yourself and stay home, do not contaminate other people. The other people that should be tested are the ones that have been exposed to people that may be positive.

Newsmax TV – Well, actually doctor, forgive me, you are the doctor, but I heard Dr. Fauci saying yesterday at the Whitehouse that the priority people for a test are first responders and the elderly who have underlying symptoms, not like Daniel Goldman, we may know from Impeachment Central. He was the House Democratic Counsel, keeping that impeachment thing going, he made a statement about himself about a couple of days before on twitter, announcing how he could not get his COVID-19 test

Dr. David Samadi – It is unfortunate that some people from the Media is making this virus a weapon on an attack on the President. I think we should all put this aside. I think we should all act as Americans. This is a time of crisis that we all need to get together and acting on “Why is the test not there?”. This is aa long process, it’s a game that is new to all of us, we are gonna make mistake but this is not the time to go after President Trump and his team. They have done a super job!

Newsmax TV – Thank you, Dr. David. We gotta get a break and be right back.