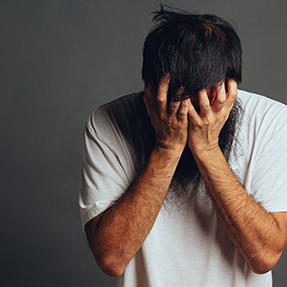 Worldwide, men experience erectile dysfunction (ED) affecting their ability to get and maintain an erection firm enough for sexual intercourse. In the United States, ED affects about 30 million men; at least one in ten men will have ED sometime during their life.

Often caused by inadequate blood flow to the penis, other symptoms of ED include low libido and low muscle mass. To properly treat ED, men experiencing ED should be evaluated by their primary healthcare provider for an accurate diagnosis. Once ED is diagnosed, treatments may include prescription medications such as Viagra, Cialis, Levitra, or Stendra. However, like all prescription and over-the-counter medications, these drugs can cause side effects.

The FDA approved the first oral medication to treat ED on March 27, 1998. Named Viagra and nicknamed, “the little blue pill,” this drug for impotence was a smashing hit. Within time, other ED drugs were developed, due to their popularity of treating men’s ED issues.

All ED medications work by improving the following for men:

The most common side effect associated with ED are headaches. The sudden blood flow changes due to higher levels of nitric oxide to help men achieve an erection, can also cause headaches.

Some men will occasionally notice an increase in muscles aches and pains, especially in their lower back, when taking ED medications.

The most common problems associated with the digestive system when taking ED drugs include diarrhea and indigestion. Often, these issues can be helped by making dietary changes that reduce an upset stomach. For example, drinking more water and refraining from caffeinated beverages, juices, or alcohol, may help.

Experiencing dizziness is always a concern when taking medication, as it can increase the risk of falling. In addition, ED medications may cause this symptom because of the nitric oxide increase. Therefore, any man with dizziness or feeling light-headed should talk to their doctor immediately to help alleviate its effect on their day-to-day life.

A temporary change in vision which can include blurry vision or color changes in vision is another side effect of ED medications. Men with vision loss or a retinol disorder called retinitis pigmentosa, should not be prescribed ED medications.

Men flushing from using ED medications may have intermittent, temporary periods of redness of the skin. Blotchy flushing associated with ED drugs can range from mild to severe. The flushing usually appears on the face but can also spread to other body areas. While brief skin flushing is not harmful, it may worsen when men eat hot or spicy foods, drink alcohol, or when outdoors in hot weather.

This common side effect in men who take ED medications, may affect two to three percent of users. Again, this side effect is usually caused by nitric oxide levels inside the nasal cavity that causes nasal congestion. The good news is nasal congestion will resolve on its own within time. However, if these symptoms are persistant, men should talk to their doctor about adjusting the dosage or switching to a different ED medication.

Men taking a PDE5 inhibitor, such as Cialis, may have a mild drop of their blood pressure due to the dilating effect on blood vessels helping improve blood flow throughout the body. This side effect should not be a problem or cause of other health concerns for healthy men without cardiovascular disease. However, men who already take medication to treat hypertension, like nitrates, or already have heart disease, should talk to their doctor about the potential dangers and whether this medication is right for them.

Any man who’s ever experienced priapism, won’t soon forget it. Priapism is when a man has a prolonged, painful erection lasting more than four hours. It’s considered a medical emergency as it requires immediate treatment to prevent damage to erectile tissue in the penis. While this side effect of ED drugs is extremely uncommon, men need to be aware of this possible incidence.