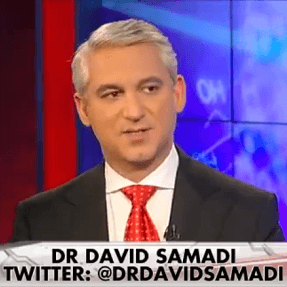 In this Fox News interview, Dr. David B Samadi explains why MRI biopsies are so beneficial for a proper and accurate examination of the prostate.

Fox News Interviewer – Some promising news for prostate cancer patients! Researchers say they have uncovered a better way to detect this potentially deadly disease. Dr. Samadi is up on this one. So, what is this way that you are talking about?

Dr. David Samadi – This is really the MRI guided biopsy and it’s a great step forward in this field of prostate cancer. Normally, the indication to get a biopsy is either your PSA level (a blood test) is high or you may have some abnormality on the exam on your prostate. One or both would be the indication to go and get a  biopsy sample of the prostate to find out if you have cancer or not. Then, what we always did, was something called a random biopsy, using our ultrasound machine. So I, as a urologist, would put a  probe near the prostate and we’ll look at the prostate. We’ll take that 12 or 14 samples to find out if there’s any cancer but the keyword was always random so we kind of like didn’t know exactly what we were going.

Now, the new way of doing this biopsy is called MRI guided, so we’re taking the picture and  MRI of the prostate and fuse them with our ultrasound pictures. We find the hot spots and just target the diagnostic tools to go over the areas where it looks suspicious rather than just randomly start shooting. This way, we’re finding out more aggressive cancers, those are the ones that need to be treated as opposed to some low-risk ones. So it helps us in that and it’s really a great way to distinguish who should get a biopsy, who should not get a biopsy and on and on. So it’s really a great help for us!

Fox News Interviewer – But now, during the biopsy, you take a clip of the tissue, right? So how do you go in there and get it?

Dr. David Samadi – Well, usually I do the biopsies and we have one of the latest models, called UroNav, in New  York City. This is an MRI where I basically give lidocaine anesthesia around the prostate. It takes about 10 to 15 minutes. It is fairly simple, I know it may sound awkward but it’s easy to do and the risk of infection is really about 2% 2 to 3%. So, it’s a fairly benign process.

Fox News Interviewer – When you go to the doctor and he gives you that exam… I mean that’s really important too, isn’t it?

Dr. Siegel –  You know, I think it’s really important! Actually, every time we do something regarding a urological topic and I review some of this, I can’t believe the numbers! I can’t believe that there’s even a debate here! That is because 27,500 men are being diagnosed with prostate cancer every year. Prostate cancer is the second leading cause of death from cancer in men after lung cancer. Well, everyone knows you want to catch lung cancer early and I think you need to catch prostate cancer early. How do I do that as an internist? You mentioned one,  Eric, that a lot of interns have gotten away from. You got to do that digital rectal exam and feel for some abnormal, ridge or nodule on the underside of the prostate, which we get to feel about 30% of the prostate. If I feel something abnormal, I send the patient to David Samadi or some great urologist like David. Also, the  PSA! I follow a trend if there’s an abnormal trend and I can’t figure out something else, I send the patient to a urologist and consider a biopsy. MRIs are getting more and more sophisticated and, as he just said, the more accurate they are, the more they help guide the diagnosis and treatment.